Please submit all application materials to:

The Art and Metaphysics of Fiction: An inquiry into the nature and aim of fiction ranging from classic to contemporary works: Aristotle’s Poetics; Henry James’ The Art of Fiction; Flannery O’Connor’s Mystery and Manners; William Lynch’s Christ and Apollo: The Dimensions of the Literary Imagination; Caroline Gordon’s How to Read a Novel; James Wood’s How Fiction Works; Douglas Bauer’s The Stuff of Fiction: Advice on Craft, Joan Silber’s The Art of Time in Fiction, and Charles Baxter’s The Art of Subtext.

The Craft of Poetry: An introduction to the theory and practice of prosody with particular attention to stanzaic and genre forms. Students will study and compose poems in the various major forms of the English Poetic Tradition.

The Poetry of Meditation: A study of lyric poets alongside texts of philosophy and theology that deepen and complement poetic theory. Students will write imitations of the authors read as exercises in addition to completing scholarly analysis.

The Philosophy of Art and Beauty: This course would grant students a philosophical understanding of the nature of beauty and the fine arts. Principal texts include: Plato’s Symposium and Phaedrus; Jacques Maritain’s Art and Scholasticism, Etienne Gilson’s Arts of the Beautiful; Pseudo-Dionysius’ Divine Names.

Graduate Poetry Workshop. Course will be devoted to the exploration of craft techniques and revision processes of poetry with student drafts as the primary texts and the workshop model of compliment and critique as the mode of education.

Graduate Fiction Workshop. Course will be devoted to the exploration of craft techniques and revision processes of short stories and novel excerpts with student drafts as the primary texts and the workshop model of compliment and critique as the mode of education.

Advanced Fiction Seminar:  Students will learn to identify the aspects of craft at work in exemplary fiction. ELECTIVE.

Advanced Poetry Seminar:  Students will learn to identify the aspects of craft at work in exemplary poetry. ELECTIVE. 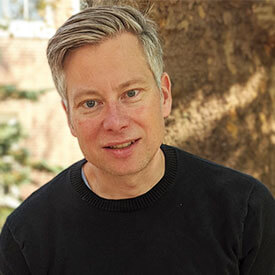 James Matthew Wilson has published ten books, among them four collections of poems, including The Strangeness of the Good. His poems, essays, and reviews appear regularly in a wide range of magazines and journals. The winner of the 2017 Hiett Prize from the Dallas Institute of Humanities and Culture, Wilson also serves as Poet-in-Residence of the Benedict XVI Institute for Sacred Music and Divine Worship, poetry editor of Modern Age magazine, and series editor of Colosseum Books, a new imprint that publishes the best contemporary poetry and literary criticism of serious craft and spiritual depth. 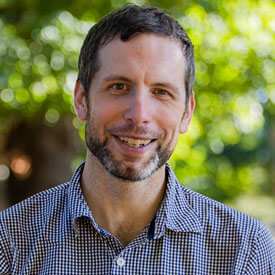 Joshua Hren is the founder and publisher of Wiseblood Books, perhaps the most distinguished and ambitious small literary press of our day. He has published two collections of short stories, This Our Exile and In the Wine Press, as well as Middle-earth and the Return of the Common Good: J.R.R. Tolkien and Political Philosophy. His first novel, Infinite Regress, is forthcoming from Angelico Press, his introduction to Catholic letters, How to Read (and Write) like a Catholic will appear shortly from TAN Books.

Hren is a graduate from the University of Wisconsin-Milwaukee (B.A, M.A, Ph.D.). 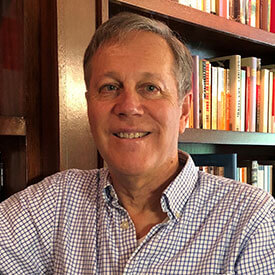 Dana Gioia is an internationally-acclaimed poet and writer, former California Poet laureate and  Chairman of the National Endowment for the Arts. His books include 99 Poems: New & Selected, and The Catholic Writer Today and Other Essays. 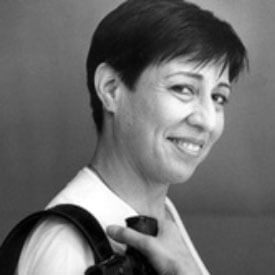 Sarah Cortez, author of Against the Sky's Warm Belly: New and Selected Poems, Tired, Hungry, Standing in one Spot for Twelve Hours, and many others, and founder of Catholic Literary Arts. 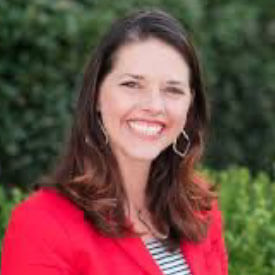 Jessica Hooten Wilson, Louise Cowan Scholar in Residence, Humanities and Classical Education at the University of Dallas, author of Giving the Devil his Due: Flannery O’Connor and The Brothers Karamazov, which received a 2018 Christianity Today book of the year award; Walker Percy, Fyodor Dostoevsky, and the Search for Influence; and Reading Walker Percy’s Novels. Currently, she is preparing Flannery O’Connor’s unfinished novel Why Do the Heathen Rage? for publication. 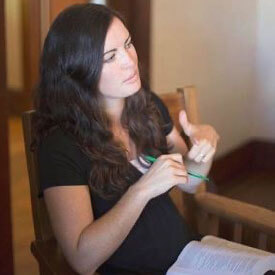 Abigail Favale is the author of Into the Deep: An Unlikely Catholic Conversion and is Dean of the Honors College at George Fox University. 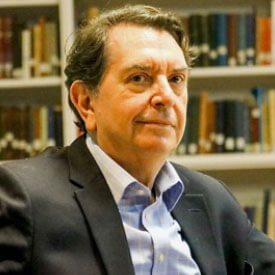 Robert Royal, president of the Faith and Reason Institute and author of Dante Alighieri: Divine Comedy, Divine Spirituality and A Deeper Vision: The Catholic Intellectual Tradition in the Twentieth Century. 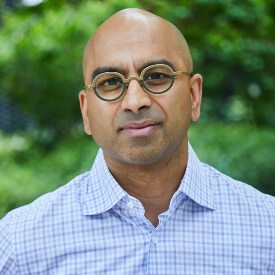 Randy Boyagoda, Canadian novelist and public intellectual known for his novels Governor of the Northern Province, Beggar's Feast, and Original Prin. He is also the author of a biography of Richard John Neuhaus. He is the Principal and Vice President of the University of St. Michael's College in Toronto where he holds the Basilian Chair in Christianity, Arts and Letters. 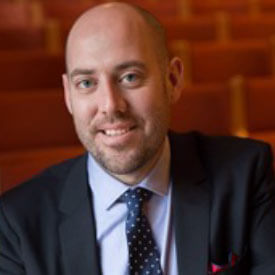 Christopher Beha, editor of Harper's, author of What Happened to Sophie Wilder and The Index of Self-Destructive Acts. The latter was long-listed for the National Book Award. 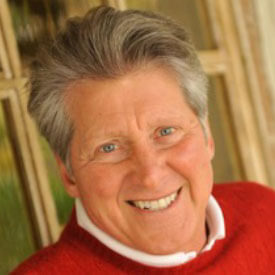 Ron Hansen, author of the novel Mariette in Ecstasy, The Assassination of Jesse James by the Coward Robert Ford, and many more 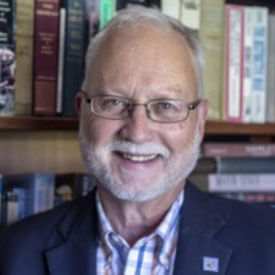 Glenn Arbery, president of Wyoming Catholic College at author of the novels Bearings and Distances and Boundaries of Eden as well as Why Literature Matters, among others. 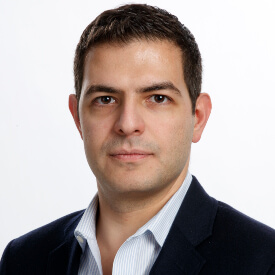 Sohrab Ahmari is the op-ed editor of the New York Post, a contributing editor of The Catholic Herald, and a columnist for First Things. Previously, he served as a columnist and editor with The Wall Street Journal opinion pages in New York and London. Ahmari is the author of The New Philistines and the spiritual memoir From Fire, by Water. His latest book is The Unbroken Thread: Discovering the Wisdom of Tradition in an Age of Chaos, out in May 2021 from Penguin Random House. 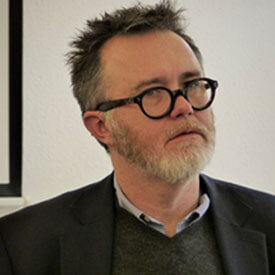 Rod Dreher is a senior editor and blogger at The American Conservative and author of several books, including How Dante Can Save Your Life, The Benedict Option, and Live Not by Lies. 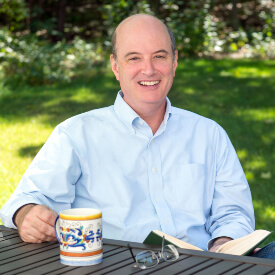 A.M. Juster is a poet, translator and critic who has won the Howard Nemerov Sonnet Award three times, the Richard Wilbur Award, and the Barnstone Translation Prize. His work has appeared in Poetry, The Paris Review, and The Hudson Review, and his tenth book is Wonder and Wrath (Paul Dry Books 2020). W.W. Norton will publish his complete translation of Petrarch's Canzoniere in 2023. 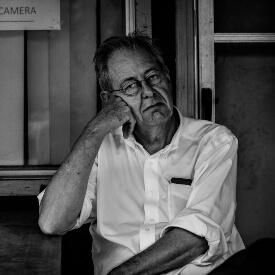 Kevin Hart's most recent books of poetry are Barefoot and Wild Track: New and Selected Poems, both from Notre Dame UP. He teaches at the University of Virginia. 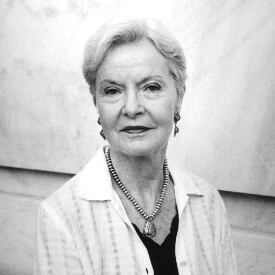 Catharine Savage Brosman, known widely for her poetry, criticism, and essays, is Professor Emerita of French at Tulane University.  She is the author of twelve poetry collections; the latest are A Memory of Manaus (2017) and Chained Tree, Chained Owls (2020).  Short fiction of hers appeared in 2019 under the title An Aesthetic Education and Other Stories.  Her fields of specialization in French literary history and criticism are late nineteenth- and twentieth-century fiction and poetry.   Among her studies on American literature are Southwestern Women Writers and the Vision of Goodness (2016) and Mississippi Poets: A Literary Guide (2020).  A new volume of poems will be out in 2022 under the title Arm-in-Arm. 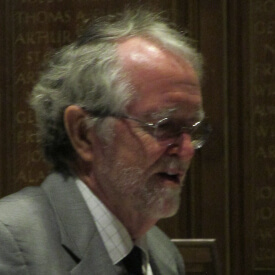 Frederick Turner is Founders Professor of Arts and Humanities (emeritus) at the University of Texas at Dallas.  He has held academic positions at the University of California at Santa Barbara, Kenyon College, where he was editor of the Kenyon Review, and the University of Exeter in England.  He is past winner of the Levinson Poetry Prize, the Missouri Review Essay Prize and the PEN Southwest Chapter Golden Pen Award and has participated in literary and television projects that led to a Benjamin Franklin Book Award and an Emmy. He is a fellow of the Texas Institute of Letters and has been nominated for the Nobel Prize for Literature continuously from 2004 to the present.  Professor Turner is the author of over thirty books, including Epic: Form, Content, and History, Shakespeare and the Nature of Time, Beauty: The Value of Values, Natural Classicism: Essays on Literature and Science, Rebirth of Value: Meditations on Beauty, Ecology, Religion, and Education and three epic poems, Genesis: An Epic Poem, The New World: An Epic Poem and Apocalypse: An Epic Poem (Baen Books, 2016). His most recent publication (with Zsuzsanna Ozsváth) is a new translation of Goethe's Faust, part 1. 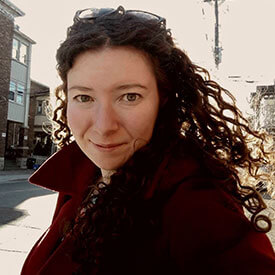 Natalie Morrill's first novel, The Ghost Keeper (2018), was recognized with the Canadian Jewish Literary Award for Fiction and the HarperCollins Canada/UBC Prize for Best New Fiction. Her poetry and fiction have been published in Canadian literary journals and included in The Journey Prize Stories anthology. She is the former Writer-in-residence for the Northern Initiative for Social Action (NISA), and edits fiction for the American Catholic journal Dappled Things. She has an MFA in Creative Writing from the University of British Columbia. She lives in Ottawa, Canada, and teaches in the Professional Writing program at Algonquin College. 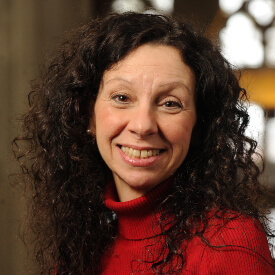 Angela Alaimo O’Donnell, PhD is a professor, poet, and writer at Fordham University in New York City and serves as Associate Director of Fordham’s Curran Center for American Catholic Studies. Her publications include two chapbooks and six collections of poems, most recently, Andalusian Hours (2020), a collection of 101 poems that channel the voice of Flannery O’Connor. In addition, O’Donnell has published a prize-winning memoir, Mortal Blessings (2014), a book of hours based on the practical theology of Flannery O’Connor, The Province of Joy (2012), and her biography Flannery O’Connor: Fiction Fired by Faith (2015) was awarded first prize for excellence in publishing from The Association of Catholic Publishers.  Her new critical book on Flannery O’Connor, Radical Ambivalence: Race in Flannery O’Connor was published by Fordham University Press in 2020.  A new collection, Love in the Time of Coronavirus: A Pandemic Pilgrimage is forthcoming in May of 2021. 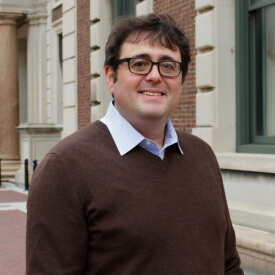 Adam Kirsch is the author of three collections of poems, including Emblems of the Passing World: Poems After Photographs by August Sander, and several books of literary criticism. An editor at The Wall Street Journal's weekend Review section, he is a regular contributor to The New Yorker, The New York Review of Books and other publications. 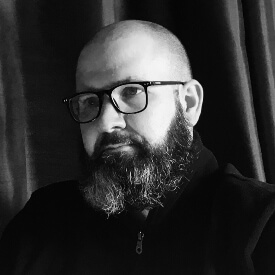 Ryan Wilson is the author of The Stranger World (Measure, 2017), winner of the Donald Justice Poetry Prize, How to Think Like a Poet (Wiseblood, 2019), and Proteus Bound: Selected Translations 2008-2020 (Franciscan UP, forthcoming). His work appears widely in periodicals such as Best American Poetry, Five Points, The Hopkins Review, The New Criterion, The Sewanee Review, and The Yale Review. Editor-in-Chief of Literary Matters (literarymatters.org), he is co-editor with April Lindner of Welcome, All Wonders: Contemporary Catholic Poetry (Paraclete, forthcoming). He teaches at The Catholic University of America and lives with his wife north of Baltimore.

For more information about the Master of Fines Arts in Creative Writing, please contact one of the founding faculty: