All transcripts from a foreign country must have a completed course-by-course credential evaluation with GPA calculation. We suggest the following evaluation services: 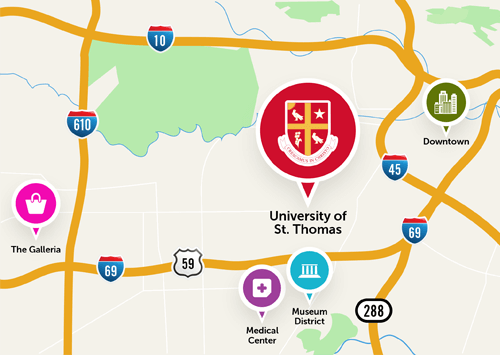 Where is that Exactly?:

Between Richmond Avenue and West Alabama next to Houston’s museum district, with quick access to 5 major highways. 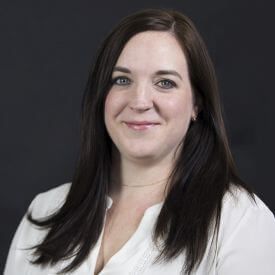 My degrees: B.A. and M.A. Sociology

What I love about UST: The support it offers to be successful in all aspects of life.

The University of St. Thomas is committed to meeting the financial aid needs of all applicants. We celebrate outstanding academic achievement and community involvement with a variety of scholarships, including several major-specific scholarships:

The minimum requirements for automatic admission:

And one of the following:

If you don’t meet those requirements, you may still be accepted.

*Post-Baccalaureate Pre-Med requires a cumulative GPA of 3.0 or higher

​**If less than 24 hours, contact counselor for additional requirements

Maximum amount of transfer​able college-level credits we accept: 72 from a community college; ​90 from a university

And one of the following as proof of English proficiency:

You will need the domestic student items, plus:

November 1: you will be eligible for 1st round of Honors Program interviews

December 1: you will be eligible for 2nd round of Honors Program interviews

February 1: you will be eligible for the Honors Program if any interview slots remain

May 1: admissions and scholarship options are based on availability

May 1: priority deadline for fall
(allows you to finalize fall schedule and financial aid by start of summer)

Otherwise, applications may be submitted any time during the year.